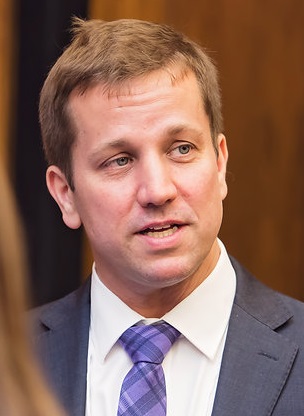 Dr. Jason Gilliland is Director of the Urban Development Program and Full Professor in the Department of Geography at Western University. He is also cross-appointed to Western’s School of Health Studies (Faculty of Health Sciences), Department of Paediatrics, and Department of Epidemiology & Biostatistics (Schulich School of Medicine & Dentistry), and is a Scientist with the Children’s Health Research Institute and the Lawson Health Research Institute based in London, Ontario.

Dr. Gilliland is an award-winning teacher and researcher who is known internationally for his research on urban planning and public health issues. In 2020, he was named the Children’s Health Foundation 2019 Scientist of the Year Award for his work identifying and overcoming barriers to children’s physical activity. From 2012-2014 he held the title of “Faculty Scholar” at Western for “sustained excellence in all scholarly activities”. In 2012, he was honored with the ESRI Canada Award for Excellence in GIS for “innovation in the field of Geographic Information Systems” for his work applying GIS for health. In 2009 he was recognized with a prestigious award from the Canadian Association of Geographers for significant research achievement by an early career scholar for his contribution to research on “children in the city”. He is a multi-year (2005-2017) winner of the Western University Students’ Council Teaching Excellence Award.

His current research examines the relationship between modern urban planning and development practices and the rise of children’s health and quality of life issues such as healthy eating, physical inactivity, obesity, vaping, injury, mental health, and sleep. His work is funded by organizations such as the Canadian Institutes of Health Research, the Canadian Cancer Society, the Heart and Stroke Foundation of Canada, and various other governmental agencies and foundations. He has published over 150 articles, chapters, reviews and reports, which have appeared in leading international venues such as the American Journal of Public Health, Health & Place, and the Annals of the Association of American Geographers.

Dr. Gilliland believes that by gaining a better understanding of how environmental characteristics influence population health and well-being, we can better inform public policymakers and city planners of how to make effective changes to public policy and neighbourhood design to promote the health and quality of life of vulnerable populations. As part of their training, Dr. Gilliland insists that his graduate students regularly engage with him in knowledge exchange activities with key policymakers, decision-makers, and stakeholder groups; and many of his former students have moved on to full-time employment with public health units, municipal departments (planning, urban design, neighbourhood services), private planning consultants, health research agencies, and universities. Dr. Gilliland is also deeply committed to building links between the University and the community at large, and regularly applies his knowledge and expertise while serving on numerous boards and committees of governmental and non-profit organizations in Canada. In 2010, he won an ‘Angel Award’ for his ongoing community service in the Old East Village of London, and in 2019, his Human Environments Analysis Laboratory (HEAL) was nominated as a finalist for a prestigious “Community Innovation Award” from the Pillar Nonprofit Network.