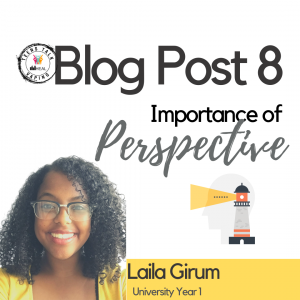 The aspect of my role as a co-researcher on the TTV project is the value of opinion. When it first came to the idea of vaping, I was nervous that I wouldn’t be able to speak on anything because I have never been directly affected by vaping. Then I realized that being able to take on the role didn’t require strictly that perspective. I was able to provide input just by seeing those close to me deal with it. Not only that, but even though I didn’t have experience with vaping from using it, I still had valuable input to provide since the use of cigarettes and marijuana have directly affected and defined teachable moments in my life. I’ve seen its use in both casual and harmful senses.

Every time that I’ve used my voice in this role, I’ve noticed that the people I work with genuinely care to listen and take my perspective into account. That has been something new and heartwarming for me since so many of the ascribed status’ I have don’t promote the value my voice has. I’ve always been taught to follow and not lead. So the fact that this project has valued my views without a second thought is such a confidence booster and makes me want to always try to take on leadership roles like this one.

Overall, the past few months on this project have been so fulfilling, and I am very excited to continue with it.

New Study: Examining the Social and Built Environment Factors Influencing Children’s Independent Use of Their Neighborhoods and the Experience of Local Settings as Child-Friendly

New HEAL Study: ‘Ahhh it was like paradise, but inside’: children’s experiences and perceptions of a free physical activity program